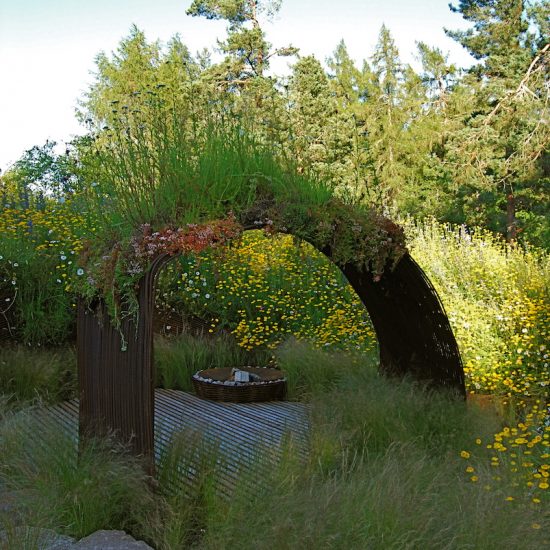 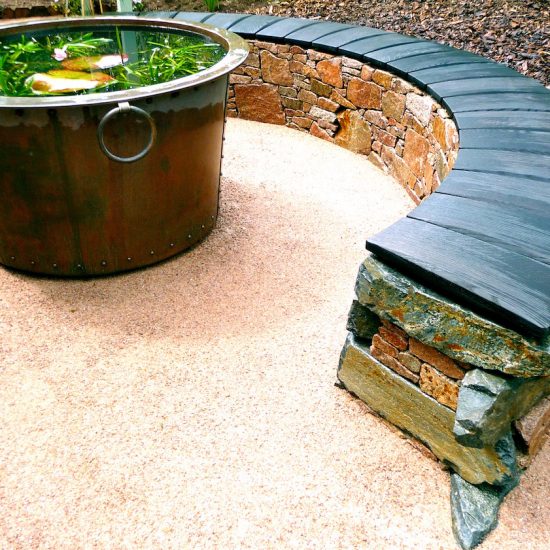 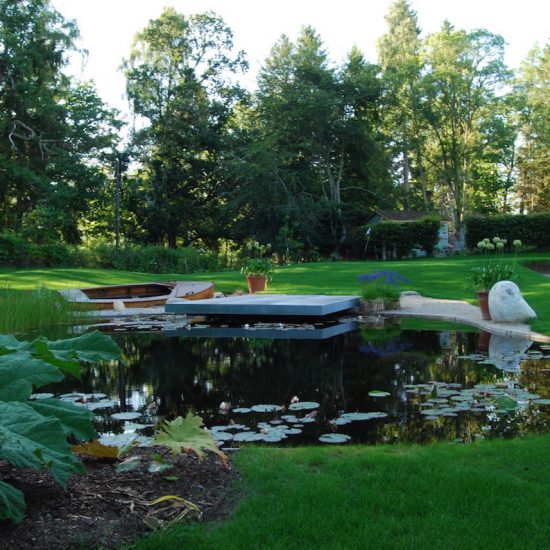 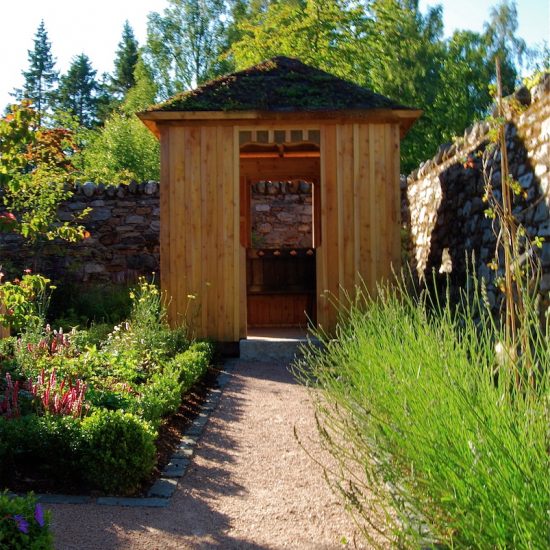 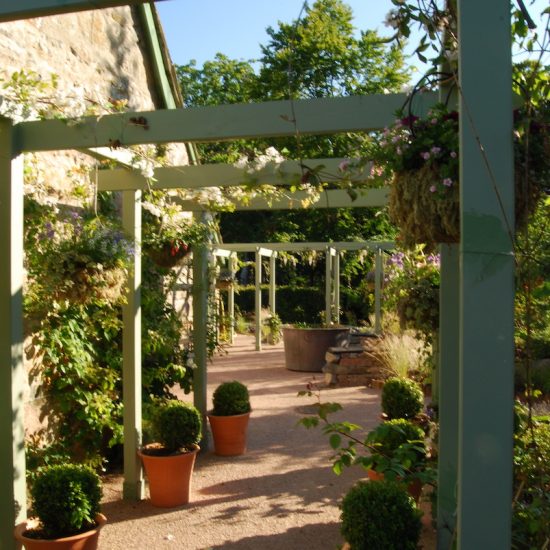 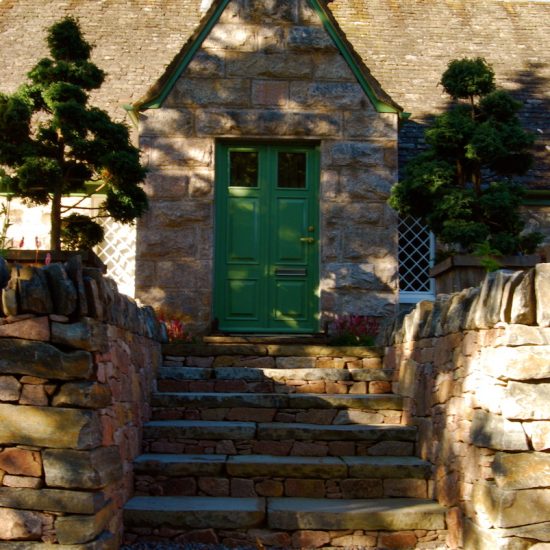 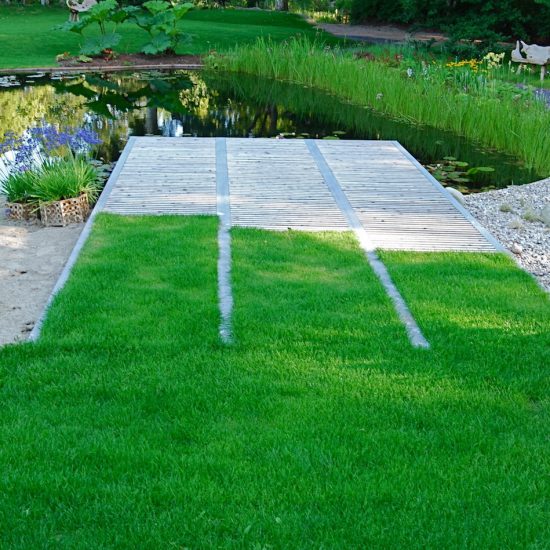 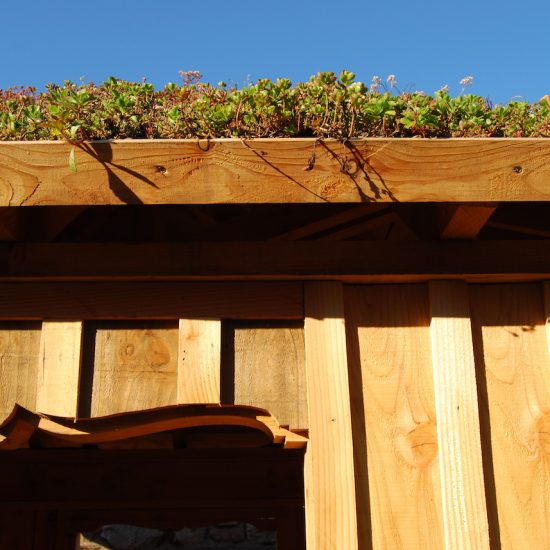 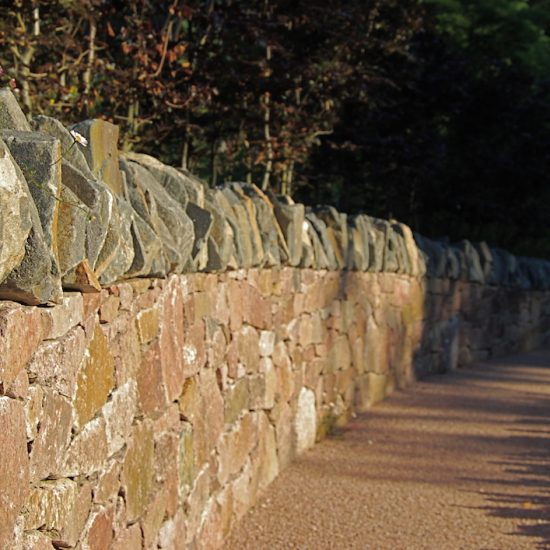 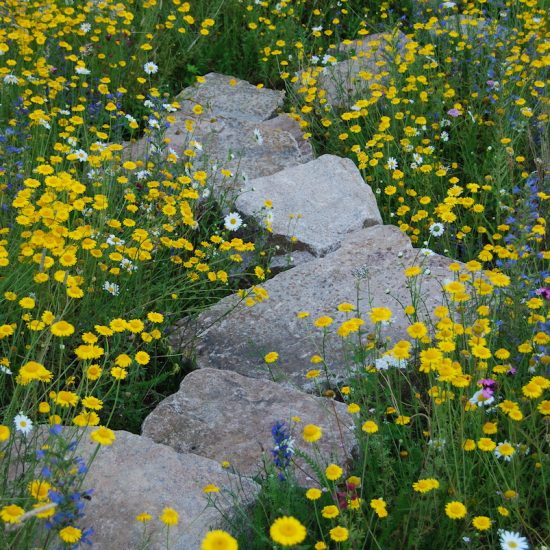 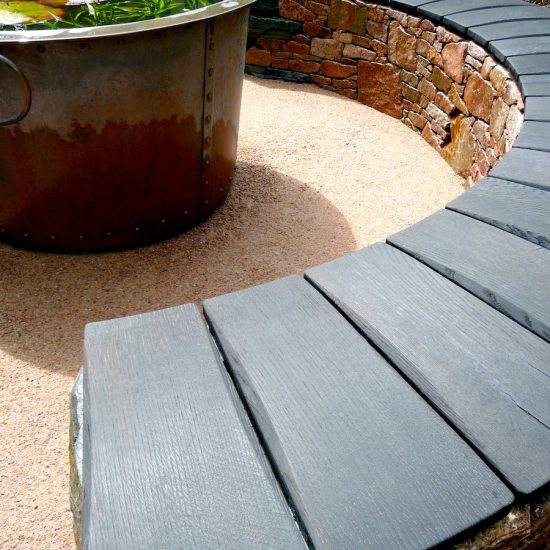 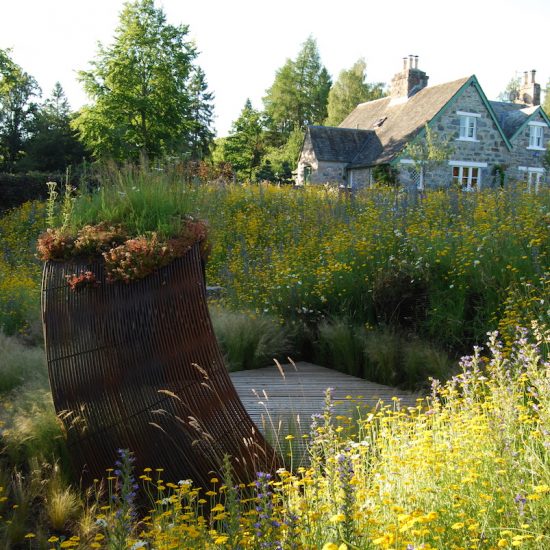 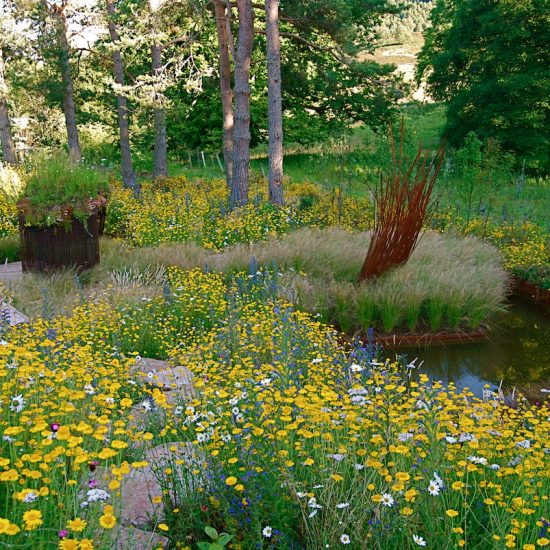 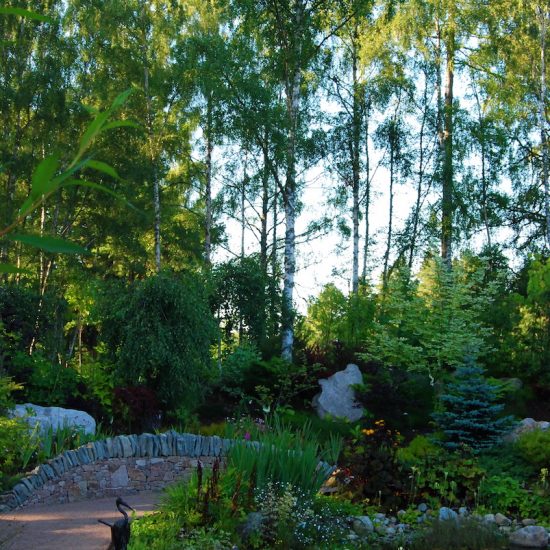 Following the success of our 2010 show garden at Gardening Scotland, the Water Gems team made its way up the A9 to a garden near Aviemore.

The purpose was primarily to install the rebar structure which had been the centrepiece of our 2010 Gardening Scotland show garden but the brief was broadened to include work on a number of different areas of this already beautiful Rothiemurcus garden.

Set in the dramatic Cairngorms and surrounded by woodland and wildlife, this garden had already been developed by its owners over the years. We, along with garden designer Carolyn Grohmann, were asked to help develop it further, to help make the garden flow better and to complete the driveway and main entrance areas. A secret garden was created and included an arbour with sedum roof. A copper tub was commissioned as a water feature and positioned beside a curved stone bench with scorched oak seat. Local stone was used to create feature walls and steps around the front door of the main house and the sculptural rebar structure was installed among Scots pine trees to the south of the property.

The garden was finished in time for the clients to host their daughter’s wedding which was held in the gardens on a beautiful summer’s day.