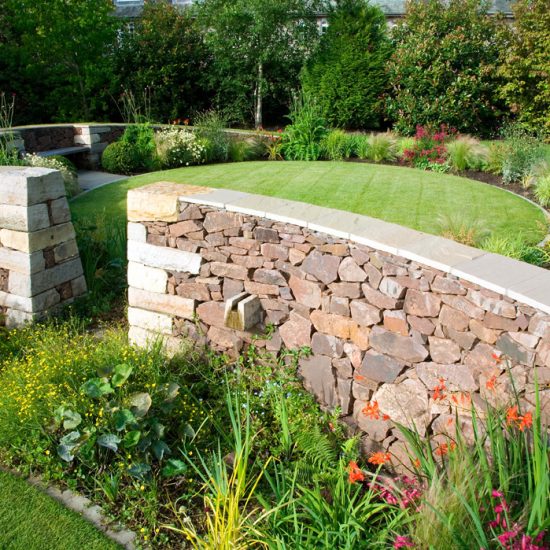 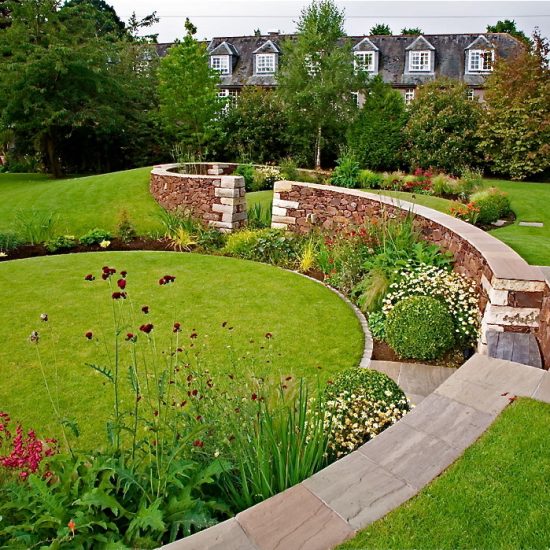 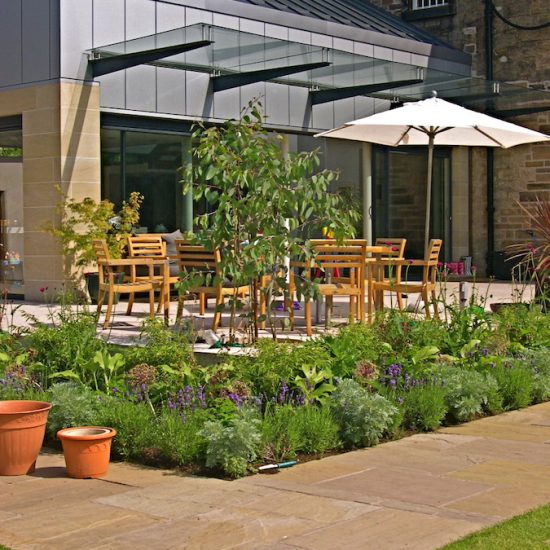 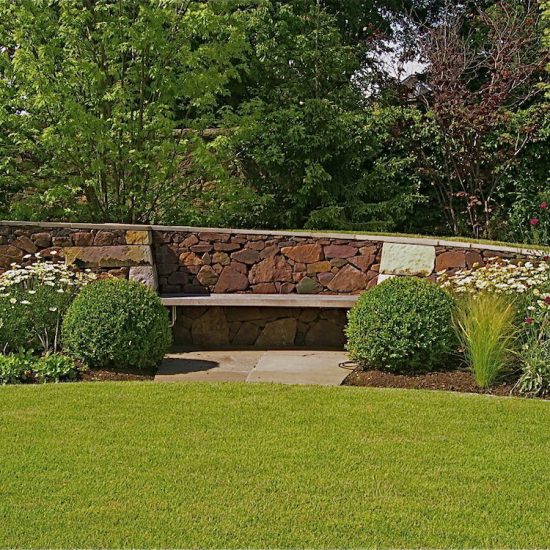 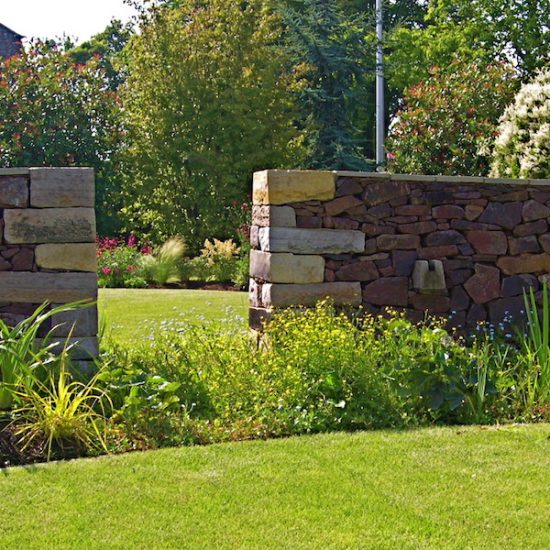 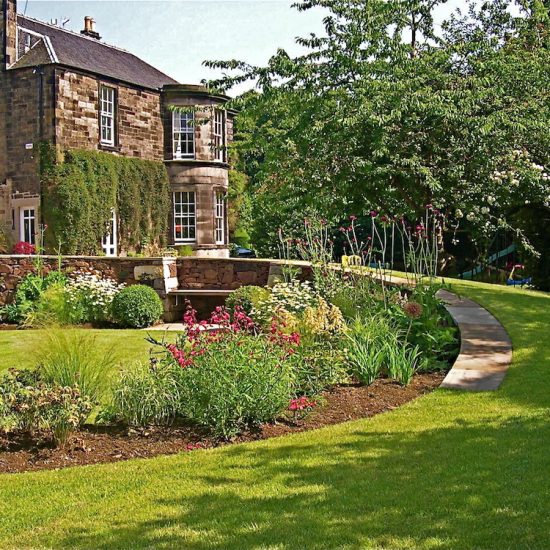 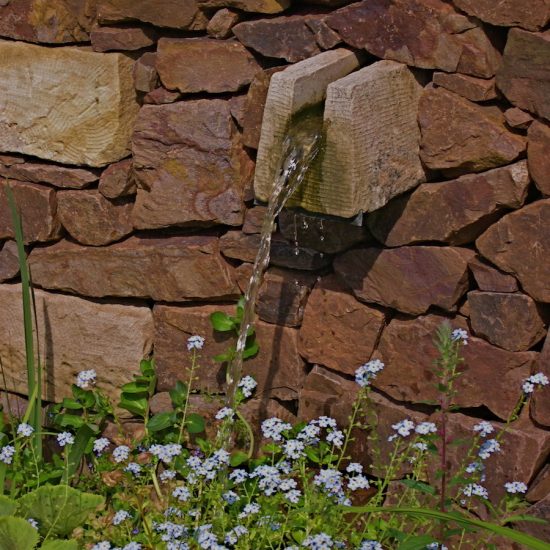 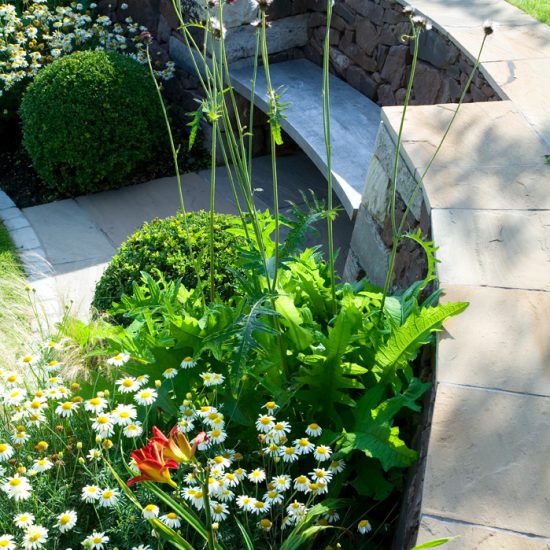 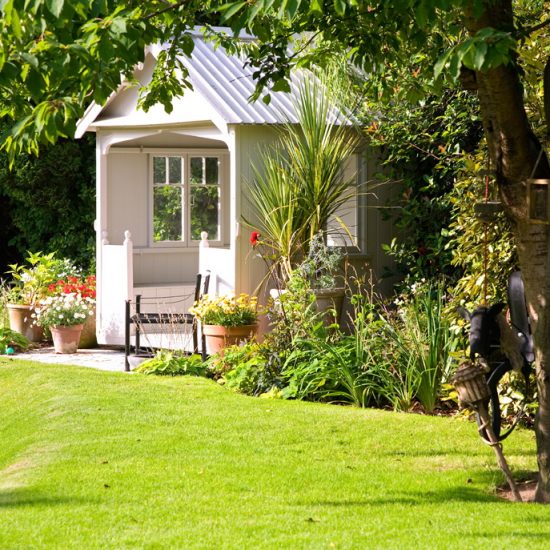 We refer to this as the Serpentine Garden because of its snaking wall. It was built on the site of a tennis court on Edinburgh’s Colinton Road and the brief was to remove the flatness and create an interesting garden which would suit both adults and children.

The drystone wall took Sam Lowndes six months of painstaking work to achieve as the curves, copes, coins and water feature all had to be millimetre perfect to achieve the desired effect. Carolyn Grohmann’s design incorporated grassy banks which created a ha-ha wall effect.

Circular, sett-edged lawns and colourful herbaceous borders complete the effect while stepping stones lead to other corners and parts of the garden. Two oak benches allow adults to sit and enjoy the space while the copes on the curving walls allow smaller members of the family to charge up and down and round about.

This garden was featured in the Scotland on Sunday’s At Home magazine in December 2006.