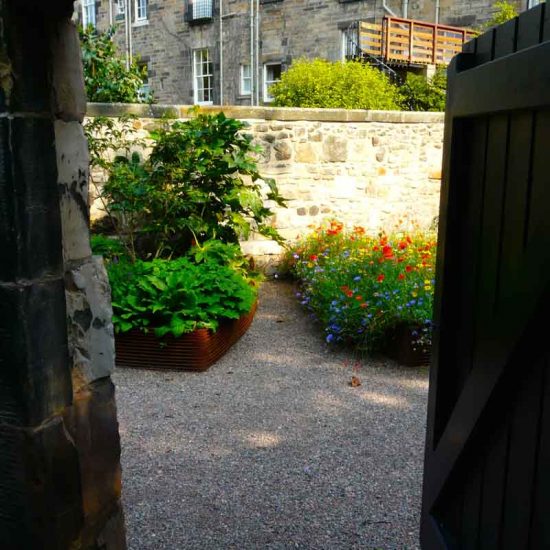 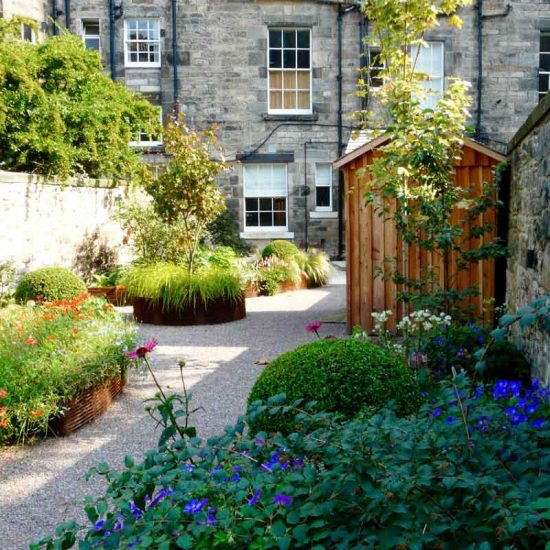 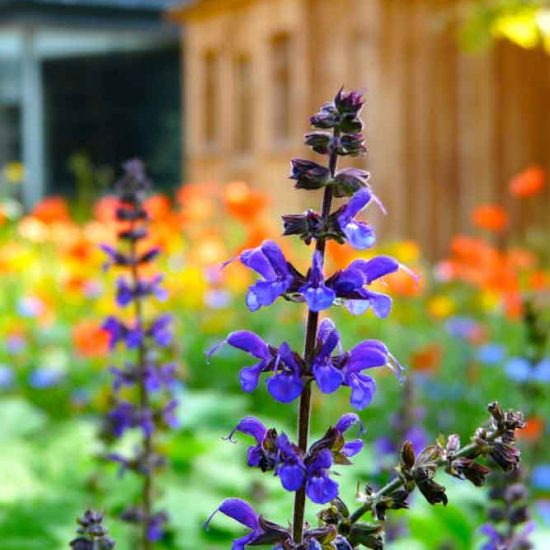 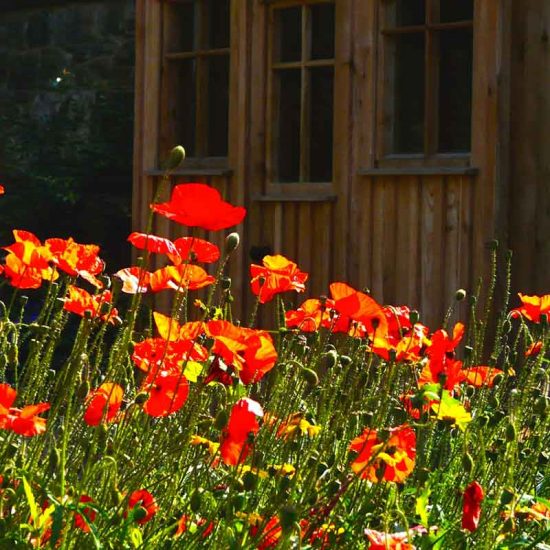 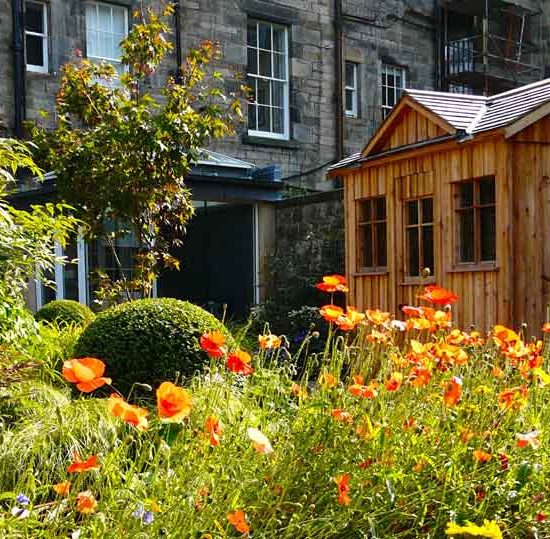 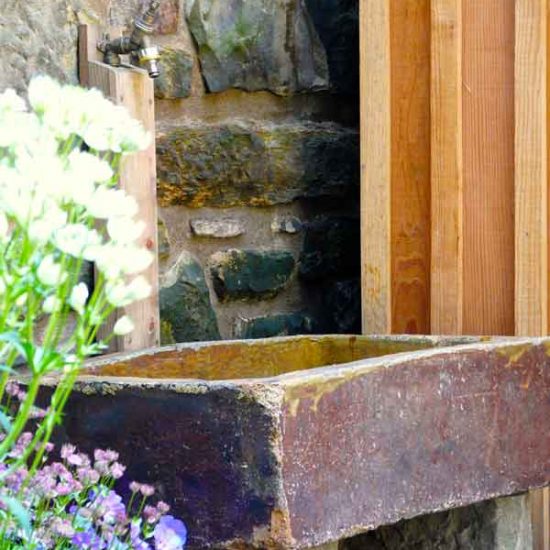 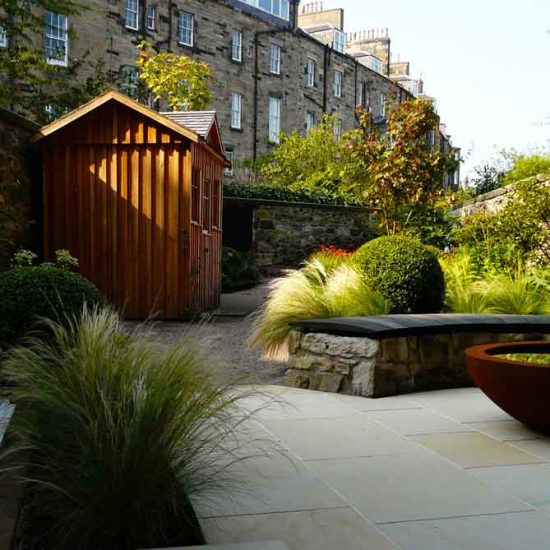 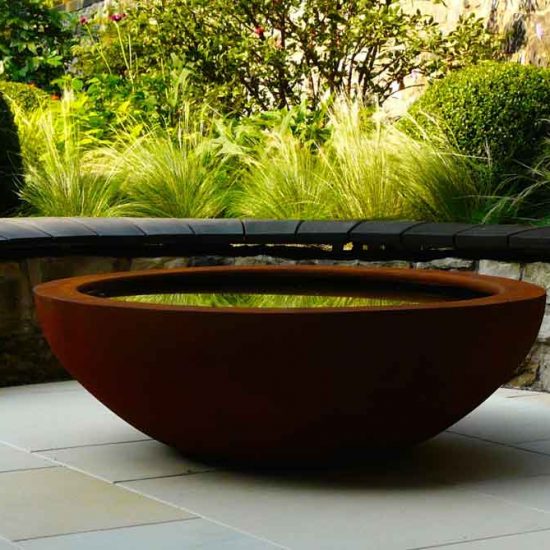 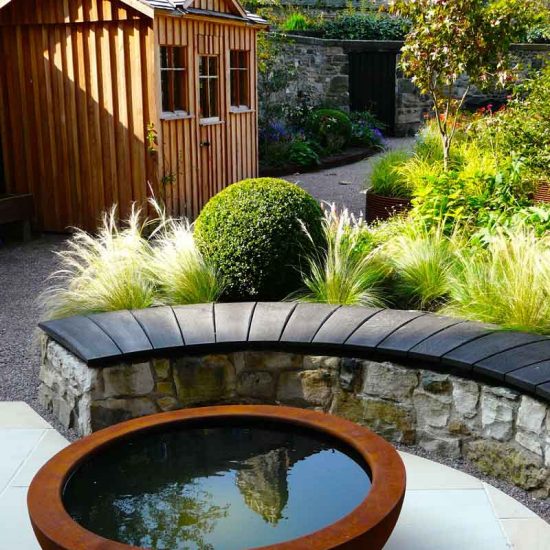 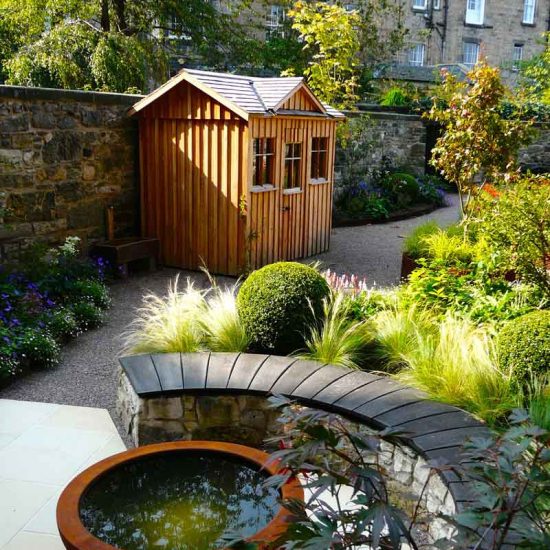 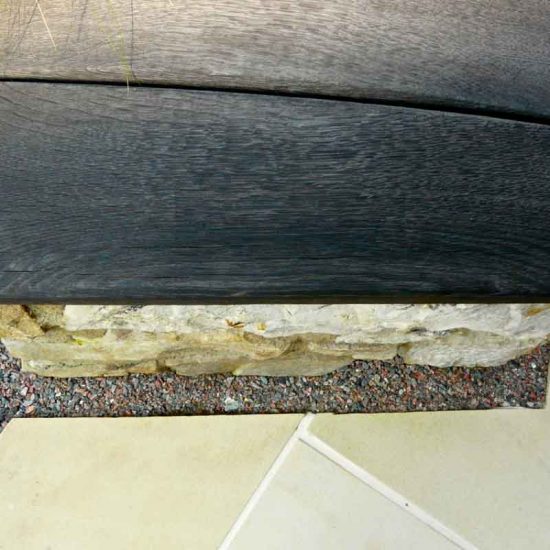 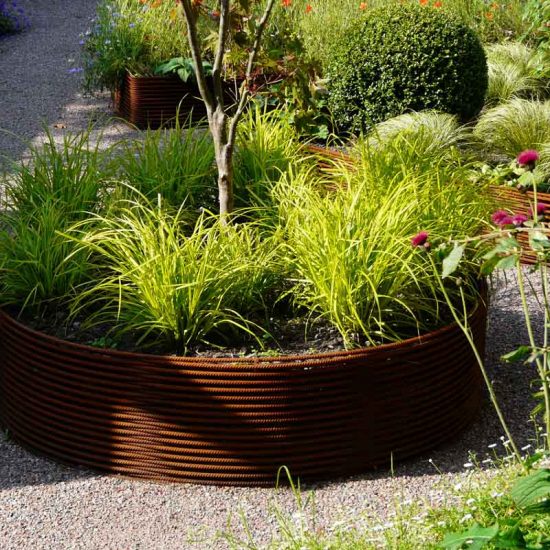 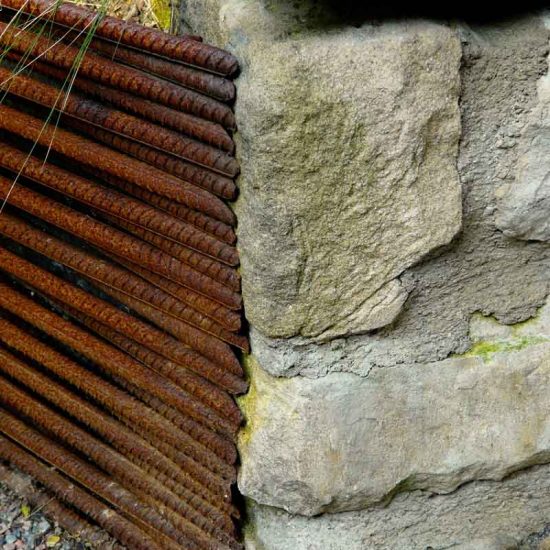 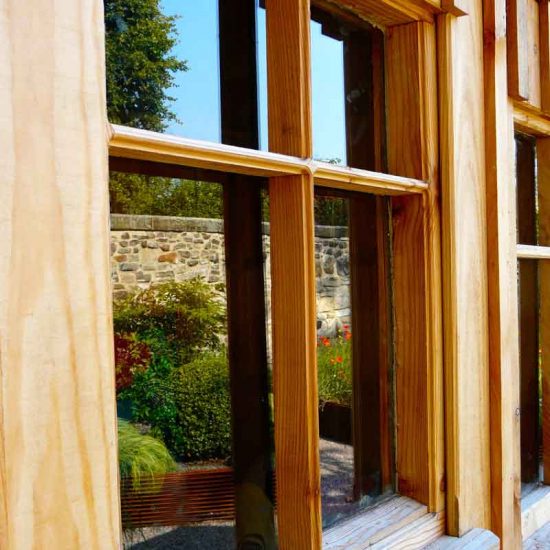 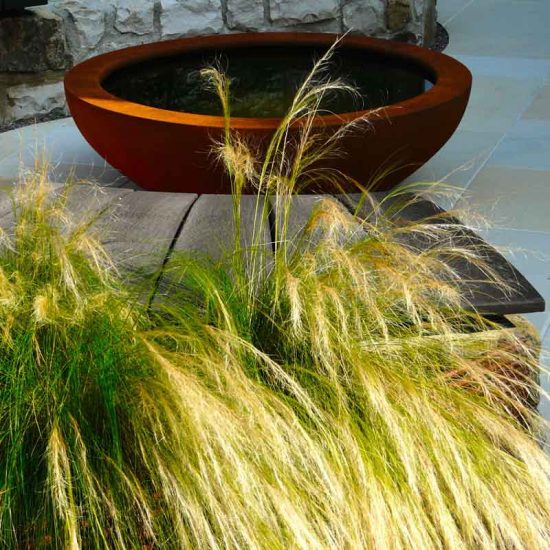 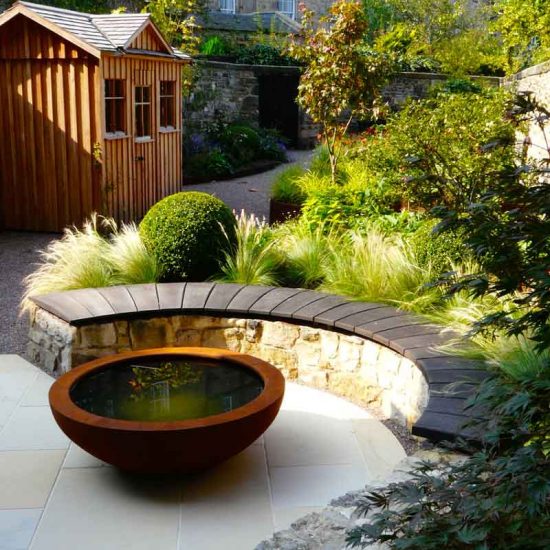 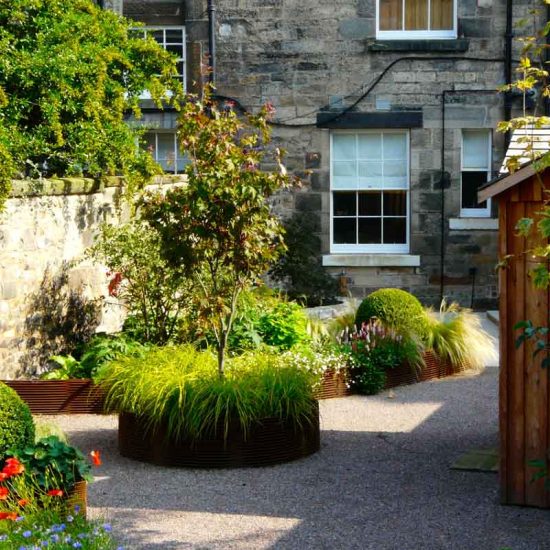 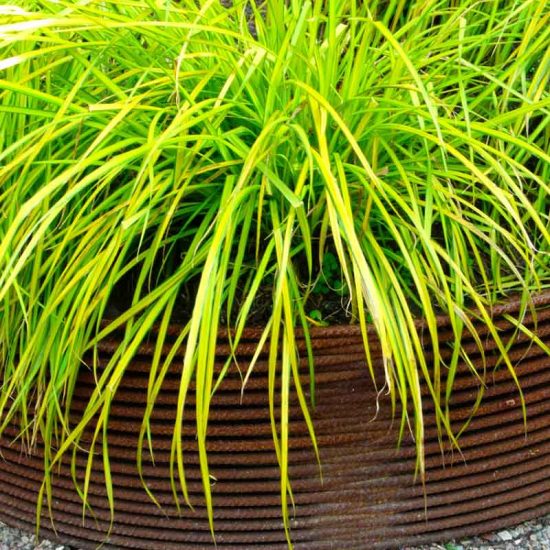 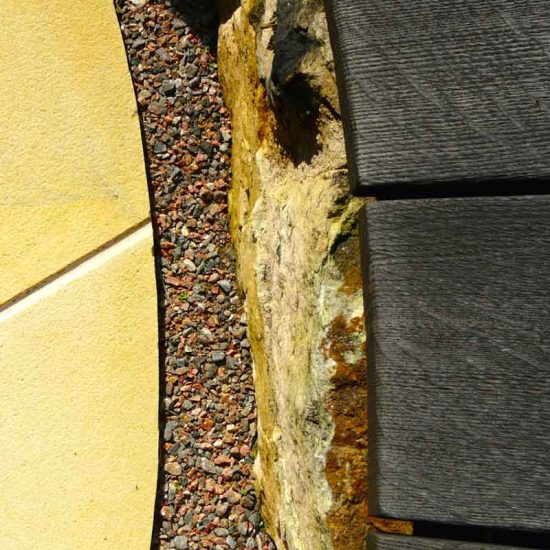 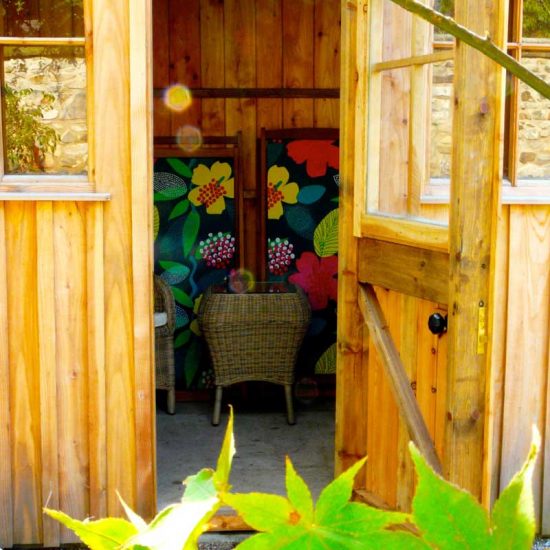 It is always fun going to the BALI Awards which are held every year in December. But it is all the more fun when you get to go up on stage to collect a Principal Award which was the case for this Edinburgh garden. The owners of this Eton Terrace garden had asked Carolyn Grohmann to design them a garden which would be low maintenance (so no grass) but in which they could grow vegetables as well as flowers and shrubs. Carolyn asked us to create a series of shaped raised beds from rebar, reinforcing bars woven to look like basket weave but which form an immensely strong and long-lasting structure. The paths in between were laid with a fine, compacted pathway gravel and Kevin Clark created a bespoke cedar ‘man shed’ centrepiece. Outside the garden room, a sawn sandstone patio with Urbis lily bowl water feature is backed by a curving stone bench. The bench top is made from scorched oak which was a theme continued on the gate at the rear of the garden.

The garden has been featured in several press articles and publications, most notably The English Garden in May 2016.